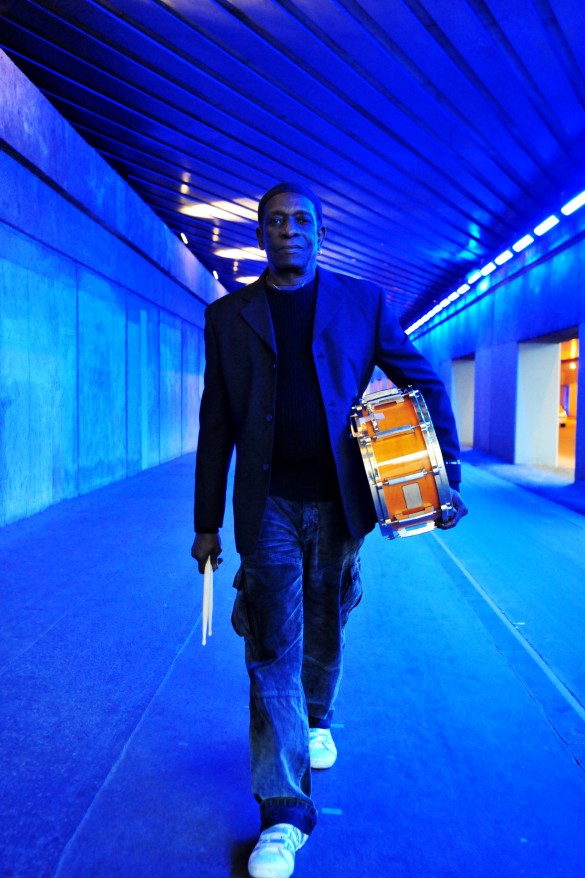 The legendary godfather of afro-beat, TONY ALLEN will play in Tallinn THIS SUNDAY, on 19th December!

Born in August 1940, and a self-taught musician, he began to play at the age of eighteen, a fan of American jazz but also fascinated by traditional music and with the percussion work of Ghanaian Guy Warren, who mixed traditional rhythms with the new sounds of American bebop. Invited to audition for a jazz-highlife band by Fela Kuti in 1964, he became an original member of Kuti’s Koola Lobitos highlife-jazz band and started a decades-long musical relationship. This special evening marks Tony Allen’s 70th birthday and features several special guests collaborators who Allen has worked with over the years.

This year also marks Nigeria’s 50th anniversary of Independence and Allen has been at the centre was at the centre of Afrobeat, which is Nigeria’s most influential musical export – which combined the heavy groove and universal appeal of soul with jazz, highlife, and the polyrhythms of Yoruba music. Allen’s fusion of drum styles perfectly complemented Fela’s new African groove and he recorded over 30 albums with Fela and Africa ’70 – widely regarded as Fela’s best works. He has also worked with Manu Dibango, King Sunny Ade and Ray Lema. While often returning to the Afrobeat template that made his name, in the years since Allen has also worked with a broad range of rock acts, such as Jimi Tenor, Sebastien Tellier, Charlotte Gainsbourg and, to general acclaim, with Damon Albarn, Paul Simonon as the group The Good, The Bad and the Queen.

‘There is no question that Tony Allen is a genius, one of the greatest percussionists in the history of popular music.’ The Guardian

Concert tickets are on sale at Bilesuserviss with 22,5 LVL and at Rock Café before the show with 495.- EEK. More info: www.musiccase