From 26 to 27 August, the music and city culture festival Station Narva was held in the easternmost Estonian city of Narva for the third time. The festival presented a music programme in the Narva City Port, a Business Day conference in the creative incubator OBJEKT, tours in Narva Castle and Kreenholm, presentations of Narva-themed books, river cruises and much more. The festival was attended by about 1200 people.

On 26 August, the OBJEKT creative incubator hosted the Business Day, which focused on new business models and the future of the creative industry in e-Estonia. Among others, Director of the Narva Museum Ivo Posti, Estonian Public Broadcasting journalist Mikhail Komashko, as well as musician and filmmaker Andres Kõpper, also known as the electropop act NOËP, spoke at the event. The group exhibition “ZE + F: Young Art of Ida-Virumaa”, curated by Sillamäe-based artist Eduard Zenchik, also opened at OBJEKT, displaying the works of a new generation of artists from North-East Estonia.

Guided by the local youth association Noorte Hääl Loeb (NHL),workshops and talks for youth were held on the banks of the river, where the participants shared “non-heroic” stories about their initiatives, learned about empathy and motivation, and had an introduction to the EduKoht programming school. Festival guests had the opportunity to enjoy street food and take trips down the river on the Tütarsaare Aino and Brig vessels.

On Thursday, 27 August, the festival began at the Independent Creativity Center with a Narva-style breakfast and BAZAR discussions. The focus of the public discussion was bullying – a problem that affects all layers of society and every age group.

An introduction to the soon to be published book The Last Good Home by historian and politician Katri Raik took place at Narva College. A visit to the architectural exhibition "Narva – from dacha to palace" and the presentation of its accompanying book by art historian Karin Paulus and heritage protection specialist Madis Tuuder was followed by a walk through the historical city centre and the neighbourhood of the city’s current centre Peetri Square with Paulus and Tuuder.

The Narva Art Residence (NART) presented an exhibition made within the framework of the EKA TASE satellite programme by students of the painting department of the Estonian Academy of Arts. The festival also included city stage gigs at the Linda 2 cultural complex, tours of the new permanent exhibition at Narva Castle and the historic industrial complex Kreenholm.

The music festival in the Narva City Port and at the Art Club Ro-Ro was attended by 628 people. 70 people attended the Business Day at OBJEKT. A total of 1,167 people attended various Station Narva events, of whom about two-thirds were from Narva and from other parts of Ida-Virumaa and a third from elsewhere in Estonia. Foreign guests attended Station Narva mainly in connection with the Tallinn Music Week festival.

Comments by Narva City representatives and the Station Narva team:

Alexey Evgrafov, Mayor of Narva:
“The fact that the Station Narva festival has been held in our city for the third year in a row and that this year, despite all the difficulties, it still took place, testifies to the obvious devotion of its organisers. It is gratifying that Station Narva does not compromise on quality – this is confirmed by the constantly solid and varied programme, bold choice of venues, as well as the constant involvement of local cultural movers. This festival brings to our city both a new level of quality and a new audience, contributing to the development of the local service sector and enriching locals with new experiences and ideas. Each year, the festival draws attention to different parts of the city, presenting them in a new light and creating new visions of the future. This year the festival showed what the future of the Narva City Port could look like: this area can become a space for pastime, with cafes and cultural events for people of all ages. I want to praise the organisers for their bold vision and hope that Station Narva has come to stay!"

Valeria Lavrova, organiser of the BAZAR discussions:
“Station Narva is not only about music, it’s about the fusion of everything related to active life in the city – art, civil society, architecture, design, just the opportunity to see and use the city space in a different way. We are not too familiar with each other even in smaller cities like ours, and that’s where the festival creates time and space for different kinds of synergy – a unifying factor, a common goal, the meaningful getting together so that something great can “happen”. This festival allows you to try new approaches and formats, to gain experience. It is also a collaboration between local and metropolitan, young and experienced. For me, Station Narva is also unique in that it is constantly looking for "its own face". It has been held for the third year, and every time in a new way. It is definitely different from everything else that takes place in the city. This festival has its own style, atmosphere and mood."

Mikhail Komashko, Estonian Public Broadcasting Narva Studio:
“Performers can be booked, and event formats can be imported. The main thing that Station Narva has been able to do is to enliven urban spaces and reveal their potential. "Station" shows the city space in its ideal image. Earlier editions of the festival saw Kreenholm impressing us with its volume and appropriateness for cultural events, the Vaba Lava centre turned into a nightclub with a unique atmosphere, and “the Venice of Narva” appeared on the tourist map. This time, the river port appeared in a way that it should be not just once a year, but daily. The festival offers role models that Narva needs and for which sometimes there is not enough courage. This illumination of potential affects locals as well.”

Station Narva 2020 was organised in accordance with the rules for public events during this period, which help to prevent the spread or infection of the coronavirus.

Station Narva festival was organised by Shiftworks in cooperation with the Narva team and Damn.Loud agency.

Narva Jäätmekäitluskeskus OÜ ensured that the event was clean 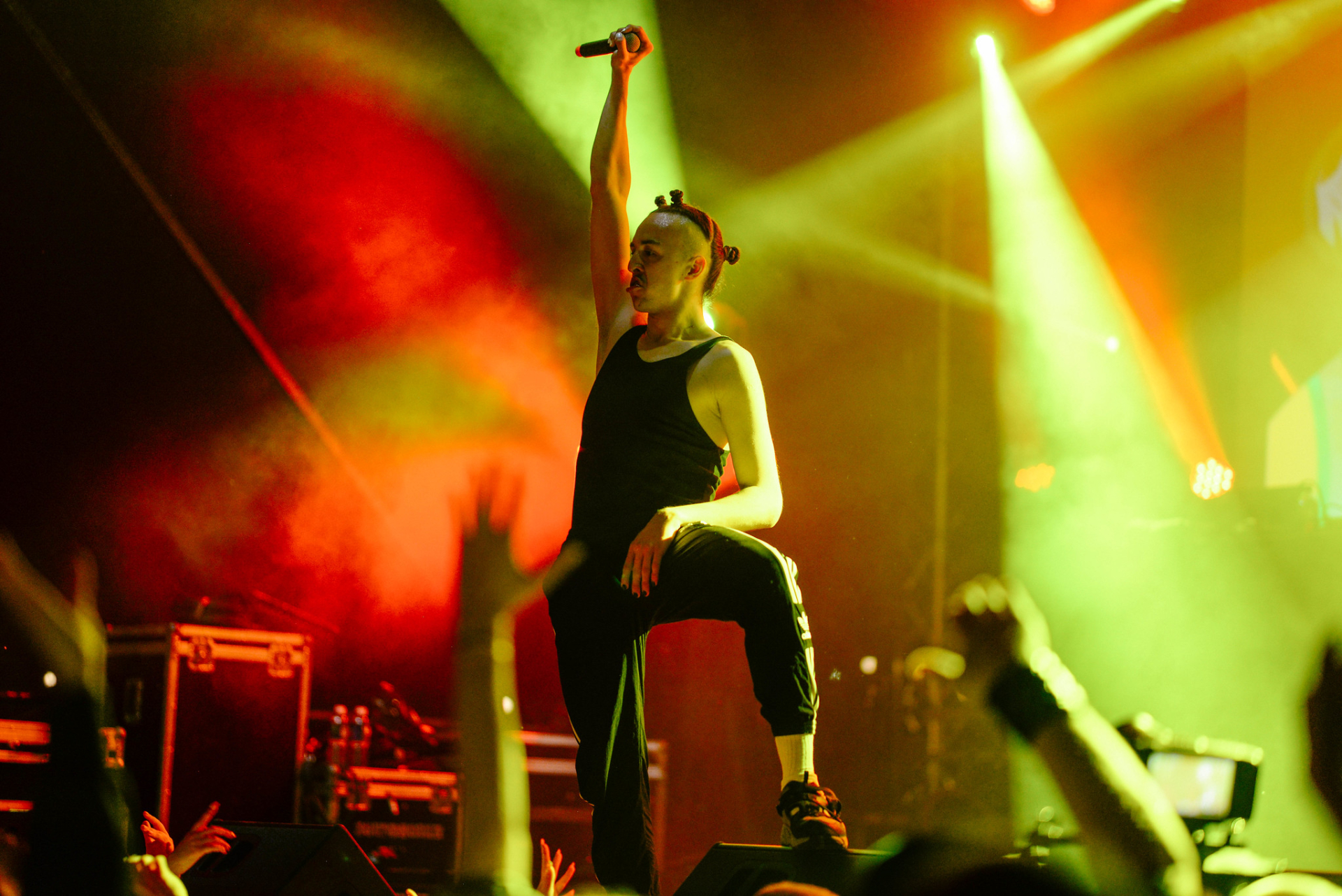 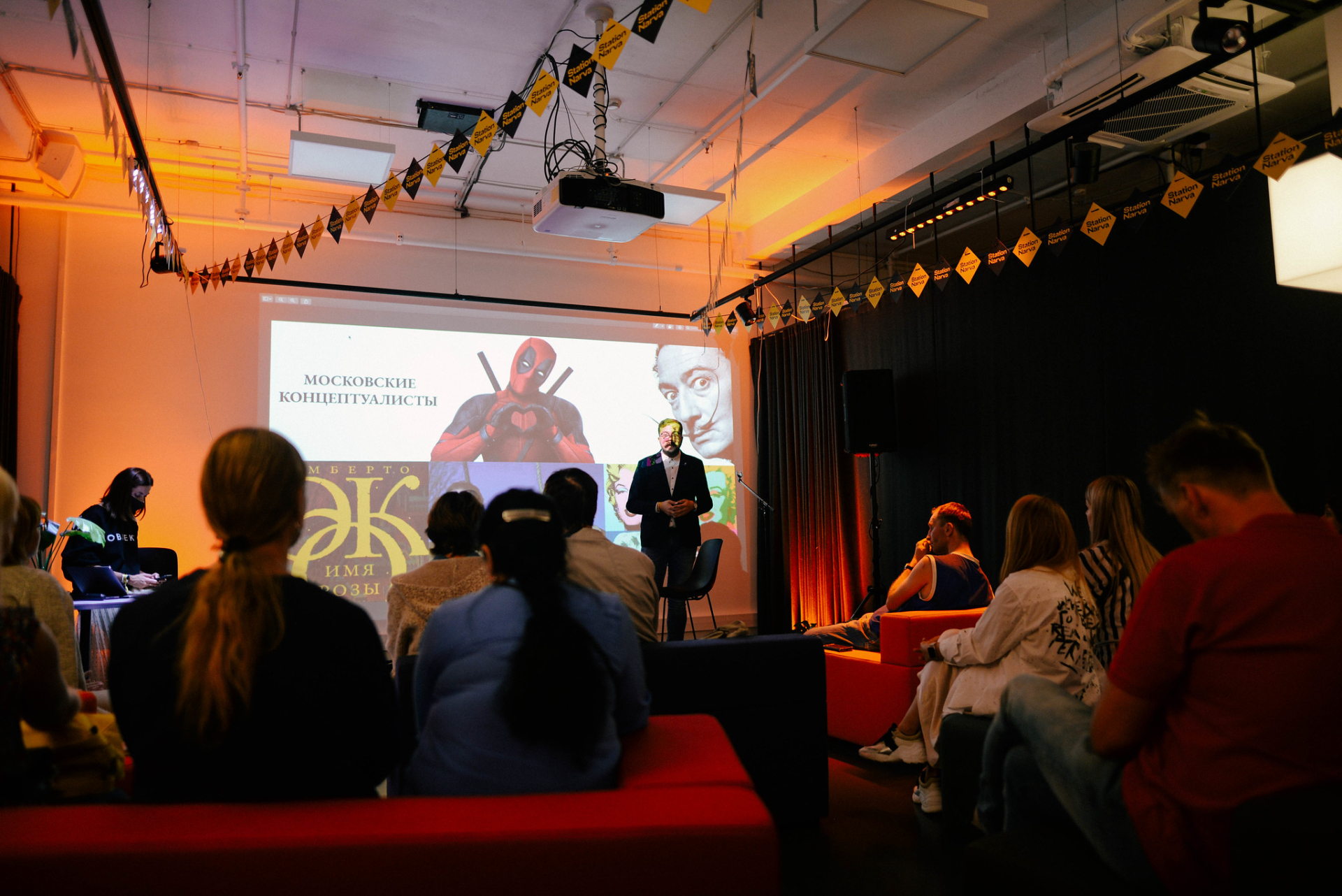 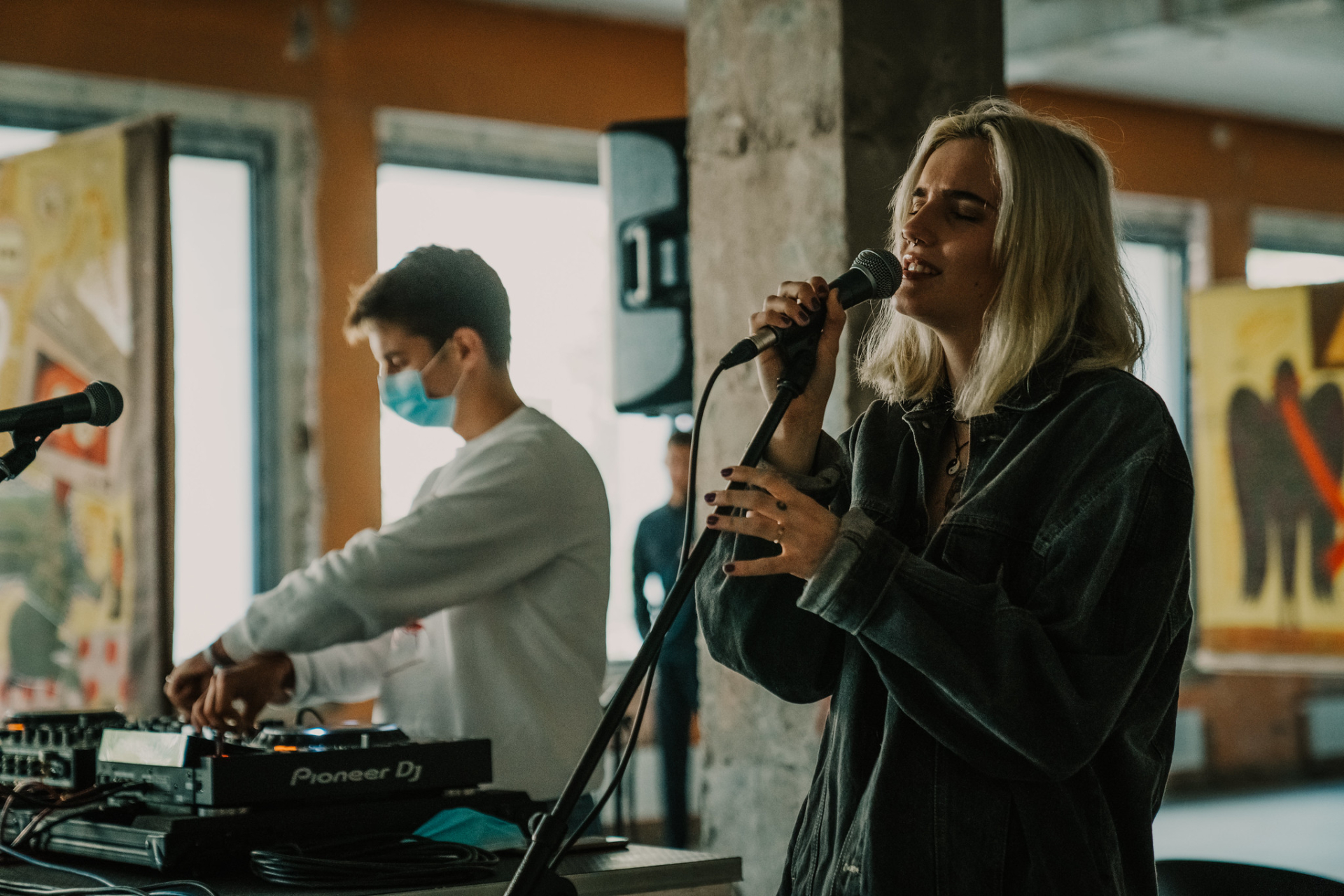 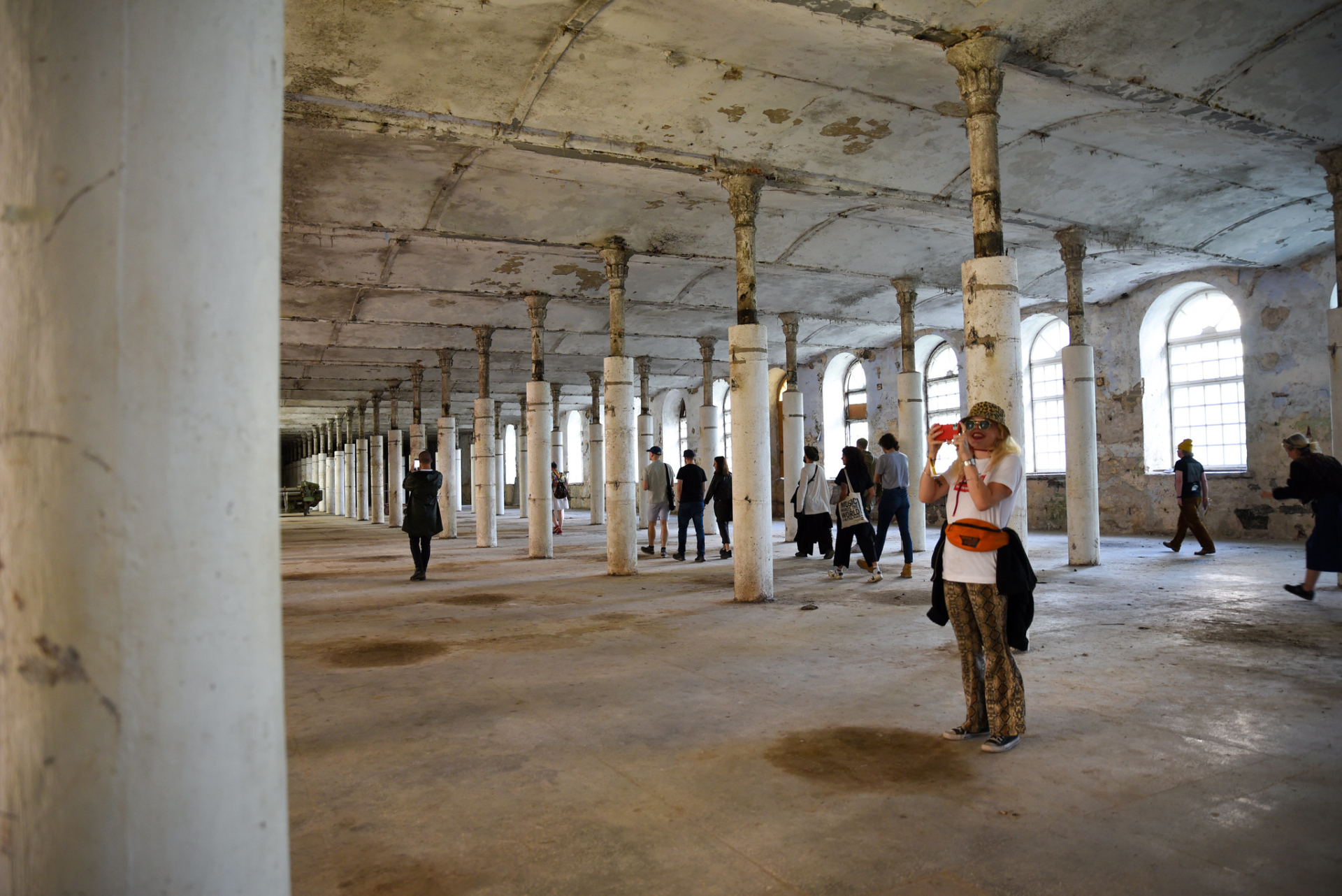 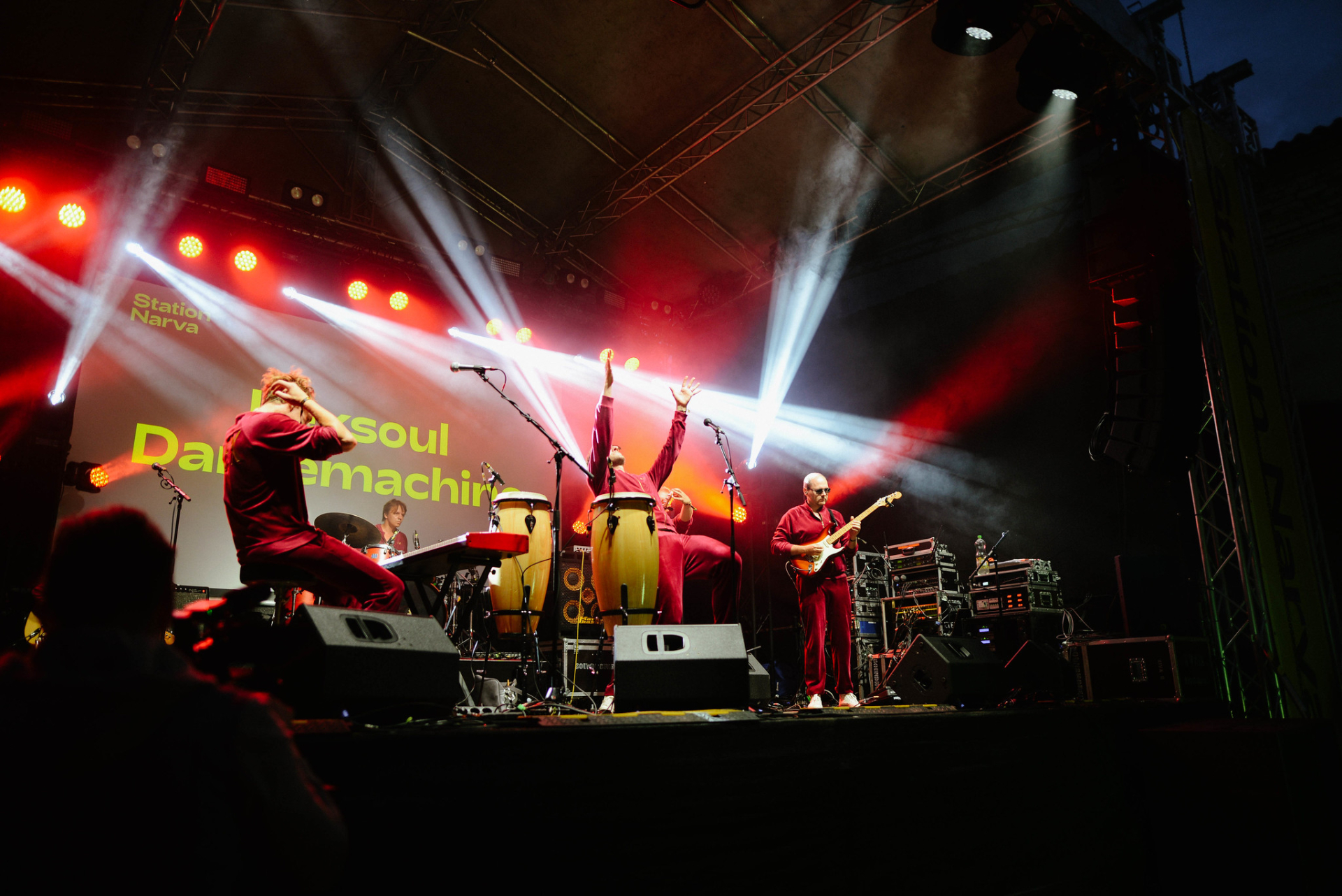 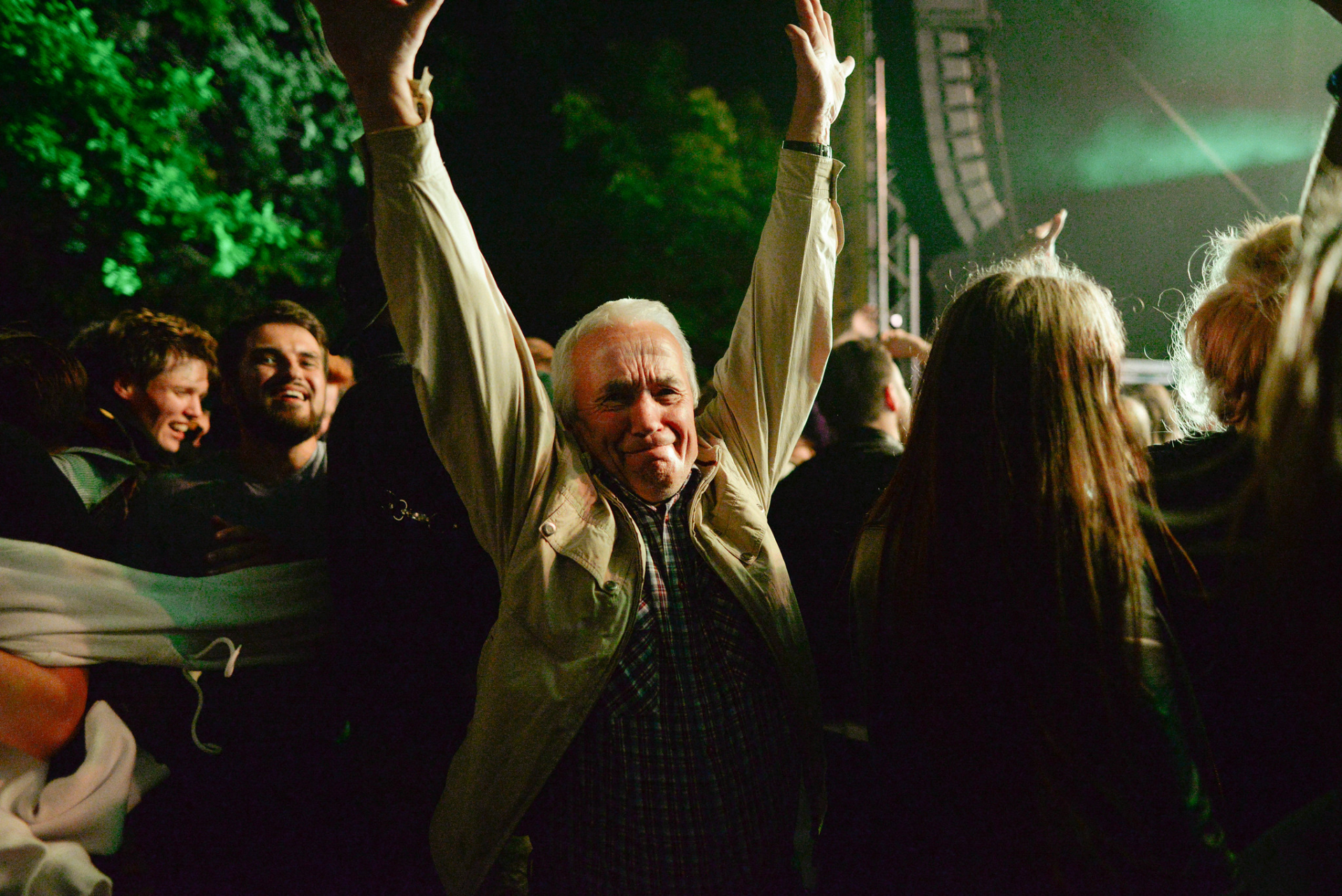